Our payments processor – First Data, decided to buy out a small Android POS startup in 2013 named Clover Networks. Clover Networks decided to their go at the tablet market in early 2012. In the process, they forged their own applications market on proprietary hardware — bundling it into one package and sent it out into the world.  It’s marketed as a quick serve, restaurant, or small retail solution – not precisely meant to compete with legacy enterprise systems initially, but strong acceptance by merchants is changing that fact.

Clover is something of a special case when it comes to hardware.  Everything comes in the same bundle: terminal, stand, printer, and cash drawer for one price.  Need more printers for the kitchen or a Bluetooth bar-code scanner? You can get those too.  There’s even an integrated scale for pricing by weight available.  Initially the basic bundle was  non-negotiable. Now however, one may obtain a Clover Mini or a Clover Mobile in lieu of or to complement the Clover POS station. Nevertheless the operation of all remain the same.

There are a few reasons for this.  For one, Clover wanted to ensure there is no confusion during setup; having one standard configuration – complete with color-coded cables – helps keep everything simple.  They also champion the security of a closed system.  Since the tablet is built especially for Clover, there is no risk of breaches due to unrelated applications or questionable personal use by unscrupulous employees (you know who you are!).  This argument has its counterpoints, though, as we’ll address later.

The hardware itself is attractive, with that sort of sleek, Apple-esque sheen that’s so chic in tech these days.  Aesthetics are well and good, but the design goes deeper than that.  Those aforementioned colored plugs make setup a breeze, and the high-speed printer that serves as the connection hub lives up to its name.  Clover’s stand boasts a smoothly swiveling arm that swings the tablet around to allow customers to sign with their finger; twisting as it rotates, the tablet displays in portrait mode for tip and signature while cashiers operate in landscape.

It’s all sturdily built, and the printer has additional USB ports for future expansions.  To say the least, the standard bundle gets owners started in style.

First Data’s main selling point with Clover is its applications structure – and in truth, there’s a lot to like about it.  Taking advantage of the Android open source platform, Clover is based on the principle that any registered developer can step in and create additional software for the system.   Every function is divided into specialized applications governing the service in question.   Sure, it comes with a suite of basic applications – a register,  simple inventory,  table grid, and so forth – and many of them do the job just fine.  It certainly doesn’t lack for the most common features, and the level of modification is adequate to start.  However, sometimes you want a little more punch.  The inventory, for example, is extremely basic however.

Yet,  therein lies the beauty of the Clover Applications Market.  Merchants can optionally download additional function programmed by first, –  second, – or third-party developers.  Stock (by developer Seven Spaces) is an excellent inventory application that solves many of the deficiencies found in the built-in software.  Similarly, there are numerous other integrations with more popular plug-ins such as NoshList for restaurant seating and scheduling.  Now clearly these developers are not in this for the sheer joy of programming, entertaining though it may be; while many applications are free or have trial versions, there are added costs for a number of these downloads.  Typically, they either require a license purchase or an added monthly subscription cost.  All pricing is determined by the developer — and thus is beyond Clover’s control.  Still, optional is the key word here.  Merchants are left to decide whether or not the added value justifies the cost.

The applications work well – and indeed should be easy to master quickly for any seasoned tablet  user.  There’s still a small gulf between simple & intuitive (the same with Apple & Android alike). No matter what side of the fence you reside, learning the critical functions should pose no problem.

Something to consider, though . . .  the applications model lends itself well to innovation, but it doesn’t always  necessarily engender smooth operations.  As a dedicated Android users myself, I’m well versed in the platform’s tendency to experience slowdown — especially as more applications and functions are added to the device – keep this in mind when choosing which applications & functions to utilize.

OK.  Buckle up, because this section is very important.  Let’s start with my most recent point: Learning the system.  Even accepting your storied mastery of all things technological,  let us say you have an issue with some app.  Where do you turn?

Well, instinct says you call Clover, right? Well, maybe.  Probably not the best idea however.  Clover will only support their built-in applications – and mostly they concern themselves with integration,  menu building, etc.;  past that, they foist responsibility on the independent dealers that sold the system to assist merchants in finding these solutions (here, whether you obtain your Clover from your bank or an independent merchant processor can make all the difference).

Official application support is left to Clover or the Processor.  Some preliminary support testing shows the choosing a dedicated independent processor who offeres Clover ot us a response 100% of the time – and the independent developers that did answer had smaller staffs with limited hours.  They often shoot for 24/7, but many of these calls result in voice-mail that must be returned later.

We’re not naming names – this isn’t about scapegoats – but any longtime smart phone user or open-source aficionado will recognize the inherent problems with this model.  I’m sure many of these applications never require late-night emergency support, but some bars and restaurants might need help with a few functions after hours.  And how many times have you had an application vanish from the market, or had an amateur programmer disappear after posting his work?  My experiences with WordPress has taught me the unyielding futility of engaging in Russian roulette with 10k home-cooked plug-ins.  Although First Data is working to ensure their system only features trustworthy developers, there is bound to be some difficulty organizing a seamless POS.  Not all software support is created equal!

You must order your hardware through your processor, and – oddly enough–  really pushes to load your restaurant menu for you up front, before they even ship your package.  Some would rather do it themselves.  You can request to do this, but it seems a strange detail nonetheless.  Best,  however, is your unbreakable marriage to your processor.  Hardware is either purchased immediately, placed with a monthly usage fee, or spread out over the course of an ironclad lease.  And what if the merchant does leave?  He may hate his processing rates – and go.  Usually Clover hopes they will enjoy your thousand-dollar paperweight.  However, there are one or two ISOs which can & will buy back the Clover. Nevertheless, cancellations of processing will be rare.

That’s right: the hardware bundle works ONLY for the processor from whom it was purchased.  Pretend, for a moment, that your merchant  loves Clover and is merely seeking better pricing from a new First Data ISO, he will still have to buy a new hardware bundle.  This is not the case for 610 Merchant Services as we have a price match guarantee on processing

Part of the advantage of going to a First Data processor is your ability to negotiate pricing much more easily than, say, the bank.  Think of them like a huge oil company; they don’t really sell their product directly to most consumers, but they have hundreds of corner stations (ISOs, banks etc.,) conveniently willing to provide copious gasoline and personalized support at a small markup.  Sounds great in theory, but you’ve got to shop around to get a good rate – especially since you only get one shot with this Clover processor restriction.  Many processors like ours, have no-strings arrangements that enable users to switch processors fairly quickly.

Until next time…
THANKS!
Patty

If you want to talk about this blog or any other merchant services topics, call me at (540) 446-0826 or email me patty@610MerchantServices.com

All calls are 100% FREE and carry no obligation. We’re passionate about helping businesses manage their day-to-day operations more efficiently and we love sharing when we can. 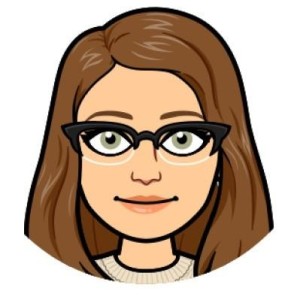 How Can A Gift and Loyalty Program Help My Business Why Square May Not Be A Good Choice How To Create A Cash Discount Program For Your Business

How Can A Gift and Loyalty Program Help My Business

All you ever wanted to know about gift and loyalty programs Grab your keys, your purse, your wallet, open your glove compartment or junk drawer

Why Square May Not Be A Good Choice

How To Create A Cash Discount Program For Your Business

Have you ever pulled up to a gas station and see two prices for gas, one for card users and one for cash? I’m sure

Small business owners have trouble making sense of their day-to-day operations, making good business decisions difficult. When business owners don’t know their numbers, they make purchasing, hiring and growth decisions blindly. They are one bad decision from a catastrophe that could force them to close their doors for good.

We want to provide all small business owners the tools and resources needed to see their day-to-day numbers clearly and make informed decisions about their business easy.

Our customers are hiring new employees, buying new equipment, or purchasing more shelf stock every day and feel at ease when their head hits the pillow each night.

When business owners have the information to make good decisions, they grow successful businesses.

Our Promise To You...

If we can’t meet or beat any competitors effective rate we will waive all early termination fees.

Got a quick question?

No worries! Simply fill out the form below and we’ll get back to you right away…